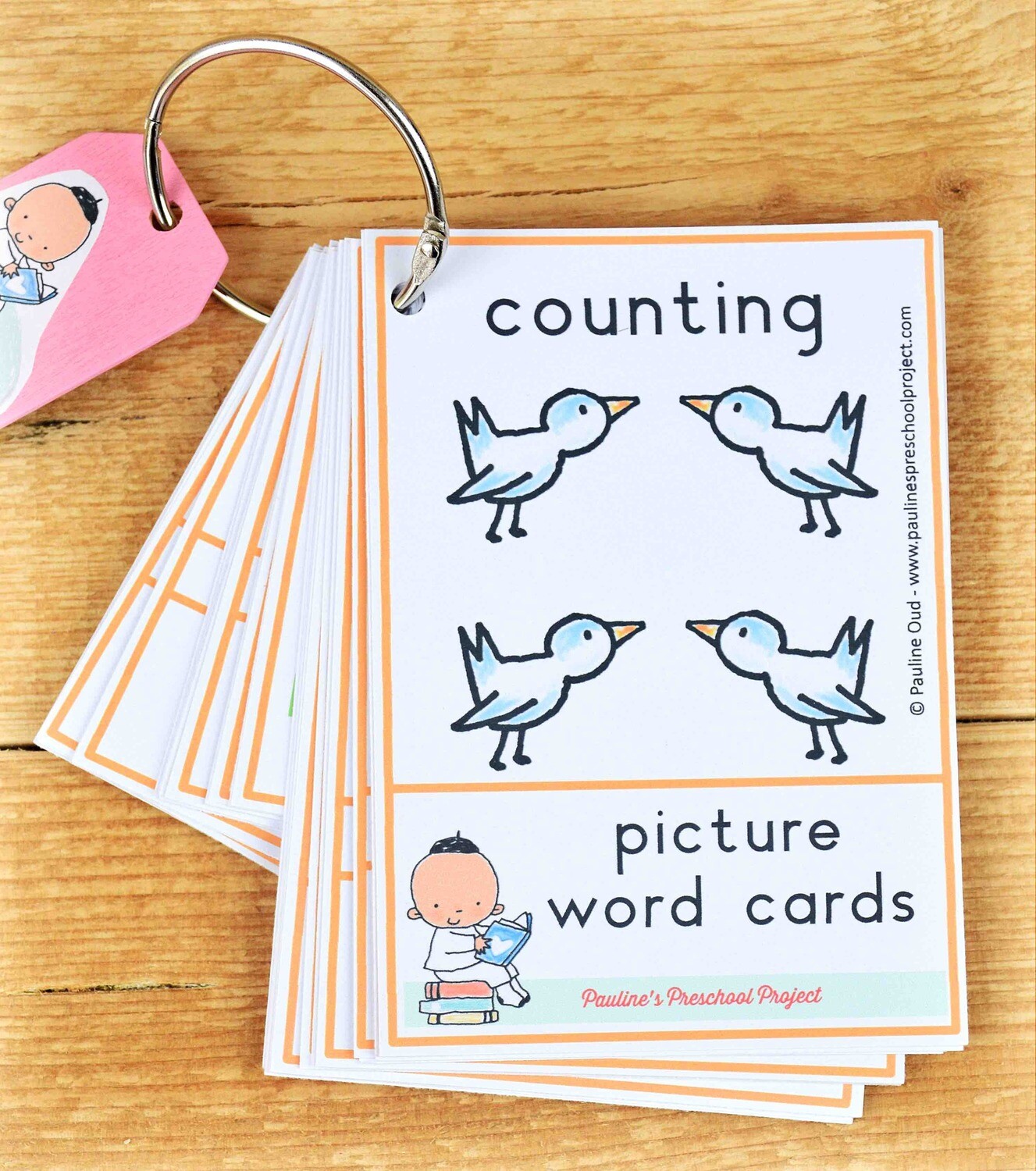 Pauline's Preschool Project Picture Word Cards can be used at home, in playgroups and in the classroom. Because many of the cards were created around a number of Pauline’s books, you can use them to introduce new topics to children. Before you start reading the book, you can show them the cards and tell them about important new words they will hear. And of course there are lots of things to count in the illustrations in the books as well!

What do children learn from it?

Sorting and classifying objects based on a certain criterion, such as color or shape, are vital skills in building the foundation for early mathematics.

Similarly, counting on fingers, reciting numbers in order, counting small quantities and being able to understand concepts such as “more”, “less” and “equal” are all important for early mathematics too.

Sorting and categorizing objects bring structure to a child’s experience of the world, which increases their understanding of it.

10 cards with illustrations of objects (ranging from 1 to 10)

10 cards with the illustrations and the corresponding number

10 cards with the 10 numbers and a blank text box

Clear instructions and examples of games

Pauline's Preschool Project is a complete learning activity method for playgroups, preschools, kindergartens and at home.

Many items are free, and for others you pay a small amount.

Order, pay safely online, and you will receive the download link immediately!